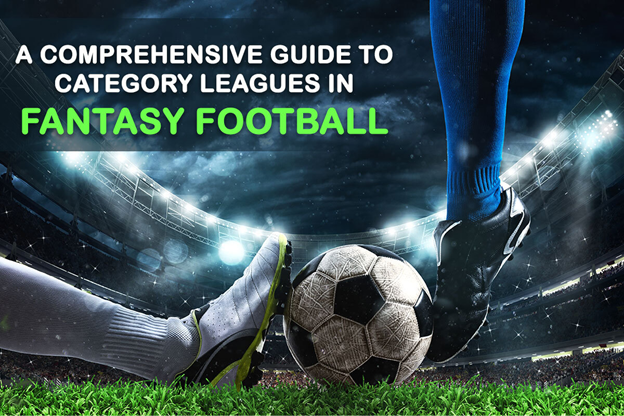 There are multiple ways that you can participate in fantasy football. The most common is the seasonal league which requires you to draft a new team every year, giving you an unlimited pool of talent that has never been used before. In comparison, dynasty and keeper leagues give you the option to maintain roster consistency over multiple seasons, allowing you to retain some (or all) of the same players from year to year. You can know more about fantasy football, here.

Fantasy sports is a growing industry, especially as new trends constantly emerge. One viral development in recent years has been the rise of daily fantasy competitions. Daily fantasy is an online contest that anyone with an internet connection can enter, but it challenges everyone to have their best athletes available each day. That’s where the dfs comes in; do you remember how we used to schedule our whole season together at once? Well, daily fantasy leagues let you compete against your friends because regular old fantasy isn’t easy enough anymore! But instead of facing random opponents, everyone competes against each other in a league format rather than simply competing for a prize pot among the masses! And just like traditional fantasy leagues, it still allows everyone to rebuild or fill out their rosters before the game starts.

Keeper leagues are a great way of adding an extra element of strategy to your football draft experience. These leagues are entertaining because they require you to constantly pay attention to the number of players you can keep at any given time so that you don’t lose any player for your draft roster without getting something in return. Keeper leagues allow you to retain several players from the previous season. The number varies depending on how many keeper spots are available, but it can still end up being 3-4 players per person in some cases. Keeper leagues emphasized scouting – young talent that could break out year after year and grow stronger is worth keeping around!

Fortunately, fantasy football addicts can get their postseason fix in a playoff American football league. Playoff leagues operate on the concept of making teams go head-to-head with one another to see who comes out on top. They are similar to seasonal leagues in that one draft a roster of players and competes against other teams; however, in these fantasy leagues, players try to outscore one another with different competition formats for points instead of simply trying to finish with the most wins. However, one key difference between the two leagues is that in these fantasy leagues, you try to earn points in the same way that teams do during an actual NFL game (most points wins).

A fantasy football league can either be a redraft or a keeper league. Typically, you will draft players at the beginning of a season (redraft) and then pick a whole new team at the start of the next season (draft a new roster). Different strategies can be used in fantasy football leagues, depending on what strategy suits you. Some leagues rank teams by total points scored instead of using win-loss record, which means these types emphasize offensive performance more than some others do – so if you’re looking for a competitive environment where strategy matters, this may be the one for you! Typically, you compete against one other owner per week in head-to-head (H2H) matchups, and it’s whoever has the highest score that wins each matchup.

Creating a dynasty league team is similar to starting a franchise in the NFL or NBA. It’s like running an actual franchise in the real NFL or NBA but beware – if you start losing too much, it won’t be easy to reshape the team because things tend to take longer here than with other fantasy leagues! All of your players stick around until you decide to let them go or trade them away. As an owner of this team, you know that you’ll have to put a lot more time and effort into everything.

Best ball fantasy leagues are just like regular ones without all the work. In a best-ball league, you draft your team, and that’s it. You don’t have to manage daily or weekly lineups or make trades. Instead, you get points for everyone on your roster from week to week regardless of whether they suit up in any given game (following your league’s scoring rules). Some leagues use a standard scoring system, while others rank teams based on how well they’re doing head-to-head compared to their opponents. But no matter what kind of point system is used, there are no more waiver wire moves, add/drops, or trades to manage – making things much less stressful than a traditional fantasy football season!

Even if you aren’t playing to make it to the playoffs or win thousands of dollars on a fantasy football championship, everyone loves having bragging rights once they finally beat their friends in a game. If you’re into betting (fantasy or otherwise), you can take it up a notch by including that in your league’s rules.

The opportunities to play fantasy football have multiplied over the years. It allows you to join leagues with your friends or form new ones with many anonymous players. It’s common to find free football games that are open to all on the internet nowadays – such as Yahoo, ESPN, CBS, PFClassics, and others.