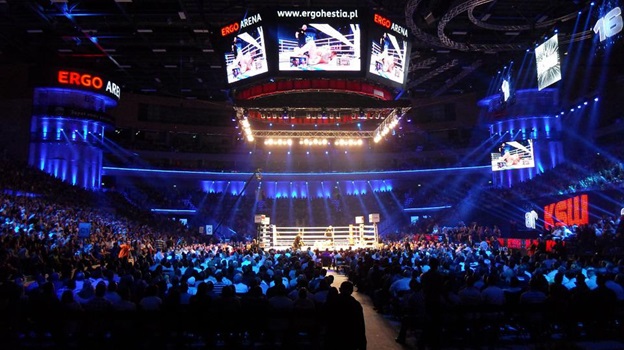 Sports betting is a bit of the darling of the online gambling world. This is even more true during the pandemic where buzzwords and flashy results for gamblers were showcased across the web. Some reports cite the sports market as valued at $104.73bn in 2017 and estimate optimism, slating it to grow to $155.04 Bn by 2024.

Wrestling is seen as a fun spectacle and pastime for many viewers that have been long-time fans. Even with the matches predetermined and odds fixed as the results are kept an industry secret, many gambling sites including non-UK casinos allow for bets just like any other sporting event; however, usually, the entertainment section is painted as more for fun like gambling on the Oscars. Below are some of the top pay-per-view events in the WWE roster side-by-side some of their betting odds over the past year.

Money in the Bank

This match is a multi-person ladder event with a briefcase that contains a contract for a championship match that can be “cashed in” by the holder of the suitcase at any point in the year after their victory. The first of its event happened in 2005, with Edge becoming the first winner of the event, but it soon became a staple Payperview starting in 2010.

The storylines and fan engagement became a swell of positive feedback.  This past year saw Big E win the coveted briefcase, and the odds reflected that with him being the front runner with +175 odds to win it all, only closely followed by Seth Rollings at +250.

Angled as the biggest party of the summer, Summerslam is considered WWE’s second-biggest event of the year behind their flagship Wrestlemania. The event occurs annually since 1988 and begins the WWE’s storylines of the year leading up to a usual Climax at Wrestlemania in March.

There have been plenty of fan-favorite matches throughout the years. Some of the highlights would be John Cena vs. Daniel Bryan in 2013 and the Undertaker vs. Stone Cold Steve Austin in 1998. For many fans, the top of the list is Shawn Michaels vs. Triple H in 2002, as it was Michaels’ return after being injured for four years.

This past year saw the return of John Cena to challenge the current face of the WWE, Roman Reigns for the Universal Championship. Many international and non-UK licensed casinos reflected the current storyline predictions in their odds, with Roman a heavy favorite to retain his belt at -500 while John Cena is not usually seen as an underdog. It was only at +300, which ended up coming through as it took two Superman punches, but Reigns was able to overcome Cena.

This event debuted in 1997 and since featured annually in November. Survivor Series is the second longest-running PPV for the WWE, behind only WrestleMania. It stands out by having tag team elimination matches featuring typically four or five wrestlers against each other with extra stipulations to add to the excitement.

This event is seen as WWE’s Thanksgiving tradition and has had some highlights, including the much-discussed 1997 event “Montreal Screwjob.” There are several main matches that pit contestants from Raw and Smackdown, the WWE’s two ‘competing brands’, against each other. The odds can be explosive, especially looking back at 2021’s four champions vs. champion bouts. Roman Reigns kept his favorite odds at -500 while a fan favorite, Big E, his challenger, was at a +300 underdog.

A long-time fan favorite due to its sense of unpredictability, the Royal Rumble like Summer Slam debuted in 1988.This event attracts attention as the winner of the Royal Rumble will receive a championship match at Wrestlemania. Many wrestlers have used this as a springboard to a title shot and championship run, such as the first winner Jim Duggan and Hall of Famers like Stone Cold Steve Austin and the Rock.

This is a particularly interesting event for gamblers as no one knows which stars will be participating in the event. Non-UK casinos posted a list of random celebrity names to appear based on speculation like two-time heavyweight boxing champion Tyson Fury at +25000. Some adventurous betting sites even allowed bets on if the owner Vince McMahon would participate and win it all.

Started in 1985 the flagship of the WWE’s pay-per-view events, Wrestlemania. With celebrity visits, live musical shows, and the closure of several year-long storylines, this is one of the most anticipated sporting events of the season. Some of the most memorable matches in the history of sports entertainment television have taken place under Wrestlemania’s banners, including Macho Man Randy Savage vs. Ric Flair, The Rock vs. Stone Cold Steve Austin, and Andre the Giant vs. Hulk Hogan.

Every year international casinos and punters alike participate in high-paying bets in an attempt to anticipate the results of this show. The big draw of 2021 was a Triple threat of Roman Reigns (+163), long-time fan favorites Daniel Bryan (+300), and the Rumble winner Edge (-110) as Roman continued winning to keep his winning streak alive for the company.

The plethora of diversions in the current entertainment industry has many spectators tuned in. As the Sports Betting continues to grow, it is only a matter of time until we see more international and non-UK casinos listing bets for these events. While some consider sports entertainment bets a more light-hearted activity to wager money on, there is undoubtedly a possibility to win real money if proper predictions are made. Ultimately, much like the WWE, betting on pay-per-view events should mainly just be for fun, and done responsibly.