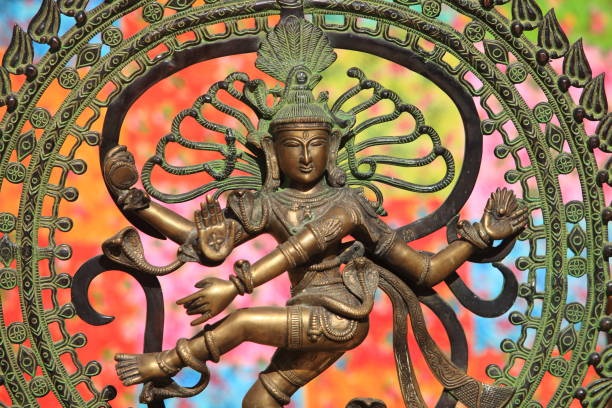 Did you know that the Bronze Age happened around 2500 BC, which was the time that humans started working with metals?

Bronze is a combination of tin and copper, when the two are mixed, they form a liquid that could be shaped.

Often, people shaped utensils and hardware with bronze, but others had a more artistic vision.

Keep reading to learn how bronze influenced popular art throughout history and how it impacted the world!

A long time ago, around 3500 BC, humans started using bronze for popular art.

Science has pinpointed the first known use of bronze in the Western part of Asia, called the Tigris Euphrates. This valley left remnants of bronze instruments, tools, and weapons that help piece history together.

One of the most popular theories on how bronze was developed was about someone using a campfire. The story is about a person using rocks that were rich in tin and copper elements. The heat of the fire melted the two and created an entirely different compound.

It didn’t take long for people to realize how easily manipulative bronze was. They could create single and multi-sculptures with precision and accuracy.

Bronze was becoming popular around the Mediterranean sea when people realized how well bronze was for casting. During the Golden Age, the Greeks also used bronze and created life-size sculptures that were impressive, however, very rare.

Roman sculptures from this period were better preserved, which could be a ratio difference between tin and copper. Many civilizations were using bronze after they discovered it, including China. The ancient Chinese civilization created complex bronze statues for rituals and tombs.

During the Renaissance Period, people were spreading Christianity and it was gaining popularity.

People began using bronze in this period to create mortars that would get used for casting artillery and utilitarian items. There was bronze on every corner of Europe and most of the artists in the city were using it wherever they could imagine.

Florence, Italy, however, was making impressive bronze statues. Creating art in Florence during the 15th century was exciting, especially with Donatello nearby.

Between the Renaissance and Industrial Revolution, bronze took over, and then it was quickly forgotten.

The Industrial Revolution revived bronze, however, but not until the 19th century. Bronze sculptures became popular when new tools were developed to improve sculptures and designs. A major contender in the Bronze Sculpture Revolution was Paris, France.

Since this time, bronze is still used in artwork and is often highlighted in modern pieces.

Will Bronze Always Have a Place in Popular Art?

When people think about popular art, they likely think of marble sculptures and paintings.

Since humans began using metal, they have sculpted bronze into beautiful forms. From the moment bronze was created, people have manipulated it to honor rituals, deceased, and Greek heroes. No matter what civilization comes across this material, they can create something special.

Although many other materials exist, bronze will always be a top contender in the art world.

Be sure to check out our blog for more articles about art history and how to create stunning artwork!