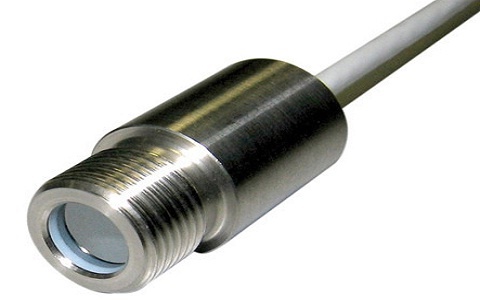 In the electromagnetic spectrum, the IR sensor or infrared sensor is an electronic component used to detect characteristics of the environment surrounding them. It does so by emitting or detecting heat. They can quickly identify the temperature by emitting IR radiation.

We use thermal sensors in our daily lives, from kettles and refrigerators to medical procedures and petrochemical systems. Electronic devices operate under specified temperatures, and some components degrade because of a temperature rise. Here is when the thermal sensor comes to the rescue.

What is a Thermal IR Sensor?

A thermal infrared sensor is a thermal sensor that emits IR radiation to detect temperature. We use this wireless technology to detect particles/ objects in the surrounding area. s

Infrared sensors have the feature of both heat and motion sensing. The IR sensor uses radiation of wavelength between 0.75 to 1000µm. It falls between visible and microwave regions. The region of IR sensors are of three types:

The composition of the IR detection system is:

IR transmitters are the source of IR radiations. The transmitter generates infrared radiation; the receiver picks up the radiation. We use the following as a source of radiation.

Now transmitters need a medium for radiation to pass from the IR transmitter to the receiver. Transmission mediums act as a passage for such transfer. The following are mediums for transmission:

The receiver of radiation is a photodiode or a transistor. It can detect and receive infrared radiation. These IR receivers are also called IR detectors, which are:

The process of infrared sensors depends on the fundamentals of physics. The three laws that explain the working principle of these sensors are:

After reaching the object, the IR transmitter emits radiation of the required wavelength. The receiver then detected the reflected radiation. The IR receiver processes the radiation based on its intensity. Here, amplifiers amplify the received signal, as the received output is small.

There are two types of thermal infrared sensors. The two have been classified based on the presence of IR sources in both.

Active infrared sensors use LED or laser diodes as a source of IR radiation. LEDs are used for non-imaging sensors, while diodes are for imaging IR sensors. The active sensors work through radiating energy detected by detectors. It is further dealt with by the signal processor to fetch information.

Passive Infrared sensors contain detectors only. These sensors use objects as IR sources/transmitters. Object radiates energy, and the receiver detects it. Signal processors then process the information.

Thermal infrared sensors are optical or electrical devices we use in various electrical appliances. The capacity to detect radiation from its vicinity has made these sensors very popular.