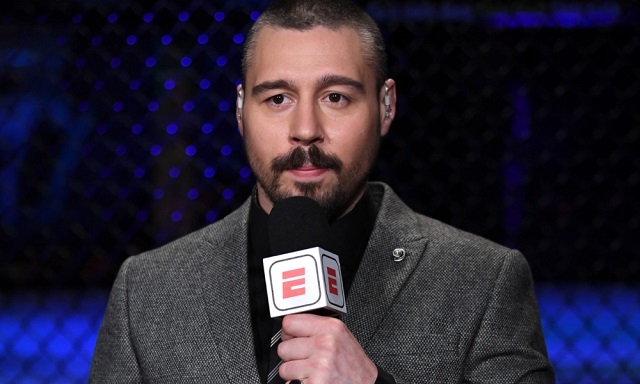 Dan Hardy is an English former mixed martial artist who fought in the welterweight division. During his professional MMA career, which began in 2004, Hardy fought in multiple promotions, such as Cage Force and Cage Warriors, before signing a contract with the Ultimate Fighting Championship (UFC) in 2008. In 2010, he fought Georges St-Pierre for the UFC Welterweight Championship, but lost the bout via decision. He is nicknamed The Outlaw and was named the 2012 Comeback Player of the Year by MMAValor.com.

Dan Hardy was born on 17 May 1982 in Nottingham, England. At the age of 5, he started martial arts training. Indeed, at his teens, he started practicing different martial arts form which includes Karate, Jujutsu, Judo and Wushu. At the age of 19, he started Muay Thai and Boxing. He then moved to Mixed martial arts a year later. His nickname, “The Outlaw”, comes from the screen name he used online when he was looking for training partners after a disagreement with a coach which led to his former training partners being forbidden to work with him.

On 26 March 2011, Dan Hardy fought against Anthony Johnson at UFC Fight Night 24. He lost the fight via unanimous decision in the third round of the game. After losing to Johnson, he fought in a loss against the Chris Lytle on 14 August 2011, at the event of UFC Fight Night: Nogueira vs. Davis. He was expected to fight Matt Brown on April 2013 at the event of UFC on Fox 7. However, he was diagnosed with the Wolff-Parkinson-White pattern. Jordan Mein replaced him. He has MMA records of twenty-five wins in the thirty-six matches. His wins include twelve by knockouts, four by submissions, and nine were by decisions. He won numerous awards and rewards during his career.

After calling it quits from the sport, Hardy transitioned into becoming a full-fledged MMA broadcaster. He is now more active with BT Sports since he was let go by UFC due to inappropriate work behavior. The 39-year-old is the go-to UFC guy for the London-based sports center. So much so, the former fighter even has his own show titled Breakdown Show, where he gives his analysis before and after the MMA event. He usually covers the event within an hour and provides insights to further details regarding the fight. With this show, Hardy has fully exploited the wrongs and rights in the fight rather than his commentary days.

He is English by nationality. His ethnicity is white, and his star sign is Taurus. He has a pleasant personality. He has a height of 6 feet and weighs 77 kg.

Dan Hardy’s net worth is estimated to be over a million-dollar mark. Outlaw Hardy is one of the co-owners of the Full Reptile brand. It began as a podcast panel and later transitioned into clothing apparel, news forum & CBD supplement. The main YouTube channel of the same name has a total subscription of 131K. Full Reptile CLIPS and Raptors MMA are Hardy’s other YouTube channels, with almost 2K subscribers on each. Their main channel is estimated to be earning $2,100 to $34,300 yearly.

There is no any info available about his father and mother. Dan Hardy is a married man. The name of his wife is Lacey Ann Hardy. Since getting married to till date, the couple is living happily in their conjugal life. He is an Agnostic.