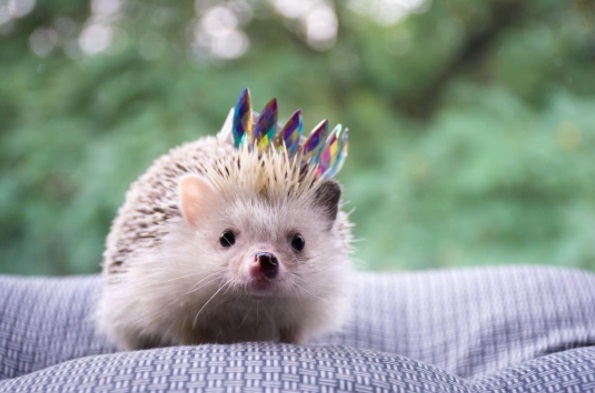 Close to 70 percent of all American households have pets. Numbers like this indicate that pets are an integral part of American life.

But most families out there that own pets own cats and dogs. Sure, there’s an occasional bird, fish, or even reptile owner… some people even own rabbits and snakes. At the end of the day, however, you can predict which pets each household is going to keep.

For some, this just isn’t enough; hence, they dive into the world of weird pets. You might never have encountered them, but there are tons of unusual pets for sale out there.

If you want to buy yourself the most awesome and unusual pets, you’ve come to the right place. This article will walk you through some of the strangest pets out there.

We’re kicking off this list with one of the most surprising and dynamic pets out there — miniature donkeys. They’re small, inexpensive, and if they’re treated right, they might just live longer than an average cat.

A good pet donkey is sociable, affectionate, and willing to accept the commands of an owner. However miniature donkeys like companionship with their own species, so we recommend getting more than one for yourself.

A rat might be the last animal you imagine as a pet. In fact, they’re generally regarded as worldwide symbols of disease, dirt, and dinginess.

However, a particular breed of rat, known as a Norway rat, is known for being a wonderful companion if bred specifically with being a pet in mind.

Rats are very easy to tame and enjoy affection. However, we recommend getting several rats to keep them happy — they enjoy companionship.

Since the 1980s, the potbellied pig has grown in popularity as a household pet. These aren’t the large several-hundred-pound hogs that you see in farms, but small pigs around the size of a mid-small dog.

Pigs are an intelligent species — considered one of the most intelligent animals in the world. They’re very easy to house train, and they can learn commands quickly.

If you’ve been frustrated about your dog/cat’s inability to pick up on cues in your voice, you should consider going with a pig. They can pick up on bits of communication that you don’t even teach them.

Unfortunately, this intelligence can lead to problems. If your pig isn’t in the mood to cooperate with you, they can become very good at tricking you.

Pigs are also omnivorous and become bored very easily. If you don’t have the resources to constantly keep your pig stimulated, they might end up going on a feeding frenzy with disastrous effects.

The internet has developed a fascination with the axolotl, one of the world’s strangest and most unique looking amphibians. Amphibians are known to have descended from salamanders, and bear a salamander-like appearance, but are quite distinct from salamanders.

Axolotls never go through metamorphosis and stay in the water for their entire lives. They mature to be around 12 inches long, which is pretty big as far as salamanders go.

Generally, axolotls are considered one of the easier exotic pets to own.

However, axolotls do require water kept at a highly specific temperature to live in. They have a lot of needs, and anyone getting into taking care of them needs to be willing to invest their time in the endeavor.

Axolotls are carnivores. The best food for them is usually baitworms. However, they can eat hamburger meat every once in a while.

If this unique pet interests you, buy a baby axolotl today!

A sugar glider is another pet that’s gained the heart and soul of the internet. It’s easy to understand why. A simple google search reveals just how adorable they are.

Sugar gliders are a lot like flying squirrels. They have thin flaps of skin under their limbs which allows them to glide short distances through the air. They’re perfect if you want a pet that you can see take wing — but you don’t want to worry about all of the annoying places a bird can get.

In many ways, sugar gliders make natural pets. They’re small and easily manageable. They also love affection, so you can rest assured that your sugar glider will like spending time with you.

On the other hand, it’s impossible to house-train them. They will use any place in your house like a bathroom, and they have four scent glands under their limbs that they will not hesitate to use.

Keep in mind, however, that it’s important to keep your sugar glider away from other pets. We recommend only investing in a sugar glider if you don’t have any other pets — and don’t plan to.

If you’re looking for a huge commitment, you should consider buying a capybara as a pet.

Capybaras are, by definition, rodents. However, they bear more in common with a large dog than a guinea pig or hamster.

A capybara is cute, small, and cuddly in its infancy, but grows to be over 100 pounds and four feet long. Much like pigs, covering themselves in mud is their favorite way to keep warm.

It’s best to make sure you have room for an enclosure for your pet capybara. Generally, you’re going to want them in an enclosure about 20 feet long in your backyard. It’s best if you live in a more war, marsh environment.

Capybaras generally eat high-quality grass and hay. We also recommend getting them dog toys or high-quality pieces of wood that they can chew on as a form of play.

As you can see, there are many weird pets to own out there. However, with the right care, any of these can make wonderful companions.

Make sure that you pick the right pet for you — a pet you feel a natural affinity for. No matter how strange your pet is, your relationship with it will work out if you can learn to develop a bond with it.

For more articles like this, check out our “business” section