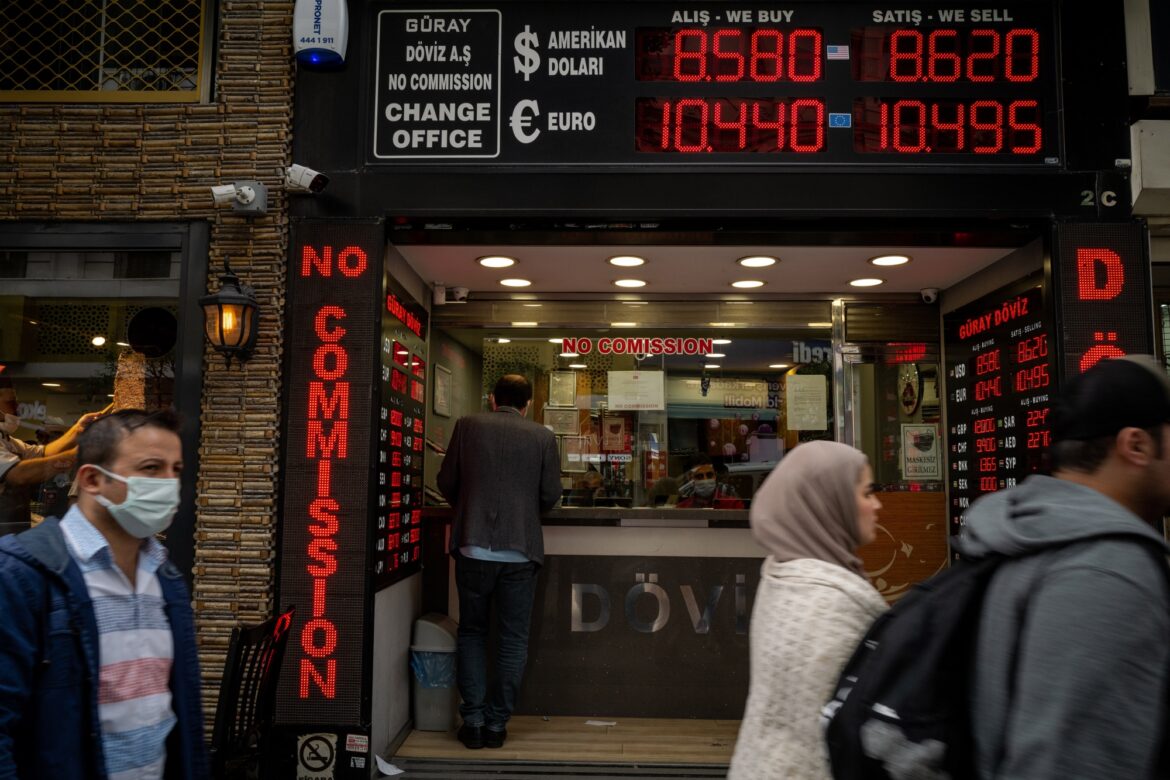 Turkey’s central bank is expected to keep interest rates unchanged for a third month, as a weak lira and global commodity prices continue to cloud the nation’s inflation outlook.

All 25 economists surveyed by Bloomberg predicted borrowing costs would be held at 19% on Thursday. Turkish inflation snapped seven months of increases in May but the unexpected decline was likely the result of a strict lockdown imposed in the country throughout last month after a surge in Covid-19 cases.

The lira’s status as this year’s worst-performing emerging markets currency coupled with rising oil prices mean inflation may accelerate in June and it’s too early to start a new cycle of monetary easing, economists said.Visit;Lira rate.

The central bank’s new governor, Sahap Kavcioglu, said the pace of price gains peaked in April and was expected to drop to 12.2% by the end of 2021. Earlier this month, President Recep Tayyip Erdogan renewed calls for lower interest rates with July or August as a target date but Kavcioglu has pushed back against “expectations for an early easing of policy.”

The lira has weakened more than 15% against the dollar since the governor took over in March, even though he’s pledged to work toward a positive real rate when adjusted for realized and expected inflation and to maintain tight policy until the bank’s 5% inflation target is achieved.

Turkey’s key rate adjusted for realized price growth data stands at 2.41%. While global supply issues continue to have a negative impact on producer inflation, which reached an annual 38.3%, a fuel tax hike that came into effect in late May is expected to affect consumer prices this month.

Some economists say the central bank can start delivering a reduction in the benchmark rate as early as the third quarter while others argue it may have to wait until the last quarter.

“We believe that the decline in CPI inflation in May is temporary, as it has been driven by the full lockdown rather than macroeconomic fundamentals,” said Fatih Akcelik, London-based economist at Deutsche Bank AG, who expects inflation to hover at around 17% in the third quarter before falling to 16.5% in October.

“Although the low inflation figure in May has revived concerns over premature policy easing, we believe there is no room” for the central bank to cut the policy rate until early fourth quarter, he said.

The statements of the president and the central bank governor suggest “that the cut will not be on the table in June,” said Morgan Stanley economists, including Alina Slyusarchuk. They argue that pressure to cut may resume later in the summer, in line with Erdogan’s comments.

“The key item to watch will be the press release — the central bank could adjust its language to set the groundwork for easing in the third quarter.” –Ziad Daoud, Bloomberg Economics (Read More: TURKEY PREVIEW: Rates Steady in June, Cuts to Begin in 3Q)

Kavcioglu is Turkey’s fourth central bank chief since 2018. His market-friendly predecessor was sacked by Erdogan after overseeing a 200-basis-point hike in the benchmark. Kavcioglu left interest rates unchanged in his first two monetary policy meetings but removed a pledge to deliver additional tightening.

Investors will be looking out for clues in the language of the statement that could hint at the path interest rates could take in the months ahead.

The rate-setting committee will next meet on July 14. June inflation data will be published on July 5.