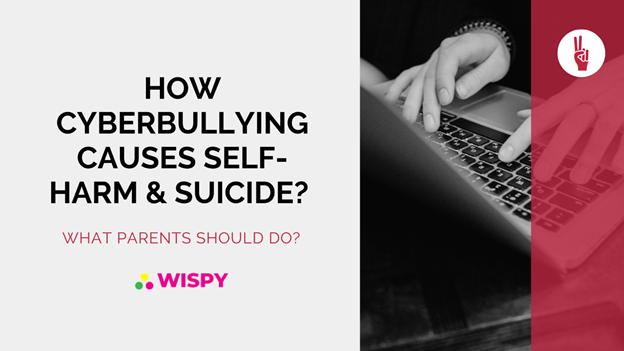 Cybercrimes and cyberbullying are the most expanding crimes nowadays. 2 out of 3 kids have become the target of bullies. It provokes mental and physical health issues as well as inferiority complexes. It affects educational progress and leads kids to attempt Suicide and do self-harm.

Recent research shows that many growing kids have attempted Suicide as offensive names are called.

28% of “middle & high school pupils” have been victims of cyberbullying, said Act for Youth.

Role of Mobile & Internet in Cyberbullying:

The mobile phone and internet are popular and widely growing tools for bullies. Cyberbullying occurs when a bully uses the website, password, emails, messages, or other personal details to harass someone.

Bullies use technologies to send direct messages, emails, or notes of threats and insults to other people. The modern bullies have made their websites and platforms to target teachers, students, lawyers, business people, etc.

Role of Social Media in Cyberbullying:

Kids and teens worldwide send and receive pictures and other details via social media. They are constantly refreshing their newsfeeds to stay updated. However, social media can have adverse effects on teens’ mental health and well-being.

Bullying can occur in person or via technology. Bullying is an undesirable and assertive behavior involving actual or perceived inequality among school-aged children. Bullying includes:

A Common Study says that:

“Students who have encountered cyberbullying are two times more potential to attempt suicide.”

Effects of Cyberbullying on the Young Generation:

Kids do not want their parents to detect what they do online. This act also indicates that there might be something fishy. Parents should take notice if their teens are hiding something from them.

A kid may suffer from a sleeping disruption if someone is bullying him/her. Constant pesky thoughts can cause sleep disturbance.

When people go through bullying, they often exhibit their anger to their close ones.

During bullying, prey often feels that they are not worthy of living. It undervalues the interest in real-life activities. It affects their lives thoroughly.

It impacts their educational performance and causes low grades.

It might be possible that your child is offended or bullied by their classmates, folks, or bullies. That causes mood swings and headaches. That feeling of helplessness could end up harming themselves.

Bullying makes the target believe that they are not adequate to survive. Such bewildering introspections urge teens to attempt suicide.

The second major cause of demise is Suicide. It reveals how things can worsen if we do not look over our kids and teens.

What Should Parents Do?

It’s entirely genuine to feel anxious, devastated, or even furious if you find that your teens use self-harm to manage their emotions. You would ask, “How could you do this?” or “Stop it immediately!”. Before giving kids cyber independence, parents must tell kids about cyber threats of the online world.

It’s crucial to determine that most children who self-harm themselves are as terrified of their habit as you are.

Talk with your teens and help them comprehend that you are their companions and share everything without hesitancy. If someone tries to bully your kid, they will share their bullying experience with you.

They also feel shame and deep guilt after they self-harm.

But you have to be kind to them as kids are already in deep aggression. There is a high chance that they would step up for severe other crimes, like Suicide.

Educate your kids on using social media platforms and conversation sessions. Such schooling can help them learn how much personal information they can share with outsiders.

Most kids and teens do not listen to their parents and break the conventions. So, the best way to eradicate cyberbullying is to track their online and physical activities.

Well, Yes, this is the best way you can review and prevent any potential cyber danger. Such tracking apps can help catch any suspicious activity on your kid’s devices with only a few clicks.

How Does a Phone Tracker Work & What Can You Track With It?

The Internet can impact fragile kids and teens to attempt Suicide, but you can also use it to protect against self-harm and Suicide. It’s important to determine the psychological conditions suffering from cyberbullying. In earlier mentioned ways, I found tracking kids and teens more helpful among all the ways. A cell phone tracking app assists you to track the target device remotely. You can use the tracking apps’ spy camera and microphone to discover the surroundings.

Phone tracker encourages you to track all physical and online activities of your teens to avoid cyberbullying.