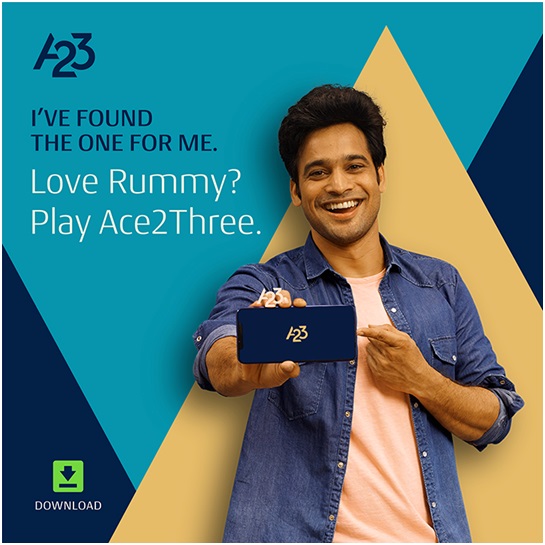 Online Rummy is a very popular game in India. It’s simple, enjoyable, yet challenging enough to keep people coming back for more. A23 is a brand name in the online rummy market that allows you to play rummy while also adding excitement to your gadget of choice. It incorporates a digital avatar into the same game that was previously only available to small groups of friends and family.

Multiple games can be played at the same time by thousands of players thanks to the built-in capabilities of the round-the-clock gaming environment. Multi-table games are available, as well as a fast-paced gaming environment. Many cash games and tournaments are occurring on A23 at any given moment, with thousands of players competing at the same time. To play rummy, simply download the A23 app on your Smartphone, register, and begin playing.

How do you play Deals Rummy on A23?

Each player seated in a Deals rummy game will be given a set quantity of chips at the start of the game. Players use chips to play for a set number of deals. The first move is decided by a coin toss, and each player is dealt a set of 13 cards at random. The game begins when the first card from the pack is placed in the open deck. The rest of the cards are shuffled and placed face-down in the deck slot. At the beginning of each game, a joker card is chosen at random. If a printed joker is chosen as the joker for a game, players may use any Ace card from any suit as a joker in their sets and/or sequences.

To declare, the player must combine the cards in their hand into sets/sequences and then click the ‘Declare’ button. You must declare at least two sequences to complete the game, one of which must be a pure sequence. Depending on their score, the winner of each deal will get chips from the losers. Players with greater chip counts will be offered awards based on the number of players who will be awarded prizes.

Players are ranked in order of their chip count at the end of a predetermined number of deals. On a table, the player with the most chips are given the highest rank. In the event of a tie, players with the same chip count will play a tiebreaker game to break the tie.

How are points awarded in deals rummy?

The game is won by the first player to complete the game objective. Depending on their score, the winner receives several chips from all losers.

If the losing player does not take his first turn before the opponent makes a legitimate declaration, he or she receives half of his or her hand score as points.

You always need the best platform to play and enjoy different exciting online rummy variations to their fullest potential, and A23 ensures this aspect of gameplay. It is the oldest rummy portal in India relied on and appreciated by rummy lovers across the country. Install the app and start winning cash rewards by showing your skills.

Learn Rummy Rules: How to Play Rummy Card Games Online at A23

Two types of Jokers are available to a player: (i) Cut Joker and (ii) Paper joker.