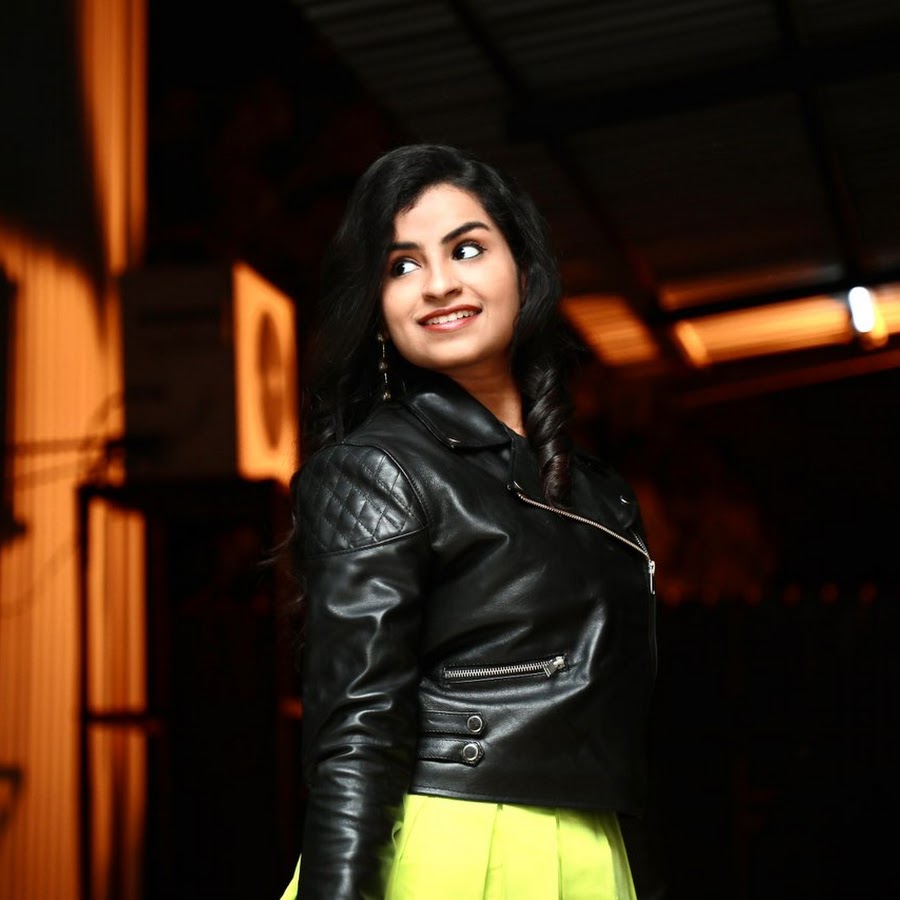 SIvaangi Krishnakumar (born May 25, 2000) is a playback singer, actress, and television personality from India. In 2019, she competed in the singing competition Super Singer 7, which aired on Star Vijay, and in 2020, she appeared in the comedy cooking show Cooku With Comali, which catapulted her to fame. In 2009, she made her singing debut in the Tamil film Pasanga with the song “Anbaale Azhagaagum.She also appeared in the commercially successful film Don, which served as her feature film debut. Now her age is 22 years.

Sivaangi Krishankumar was born to a Malayali mother and a Tamil father in Thiruvananthapuram, Kerala. Krishnakumar, her father, is a singer and musicologist, and Binni Krishnakumar, her mother, is a playback singer. Her parents have both received the Kalaimamani Award. Vinaayak Sunder is her younger brother. Sivaangi’s parents relocated to Chennai, Tamil Nadu, after she was born. She attended Chinmaya Vidyalaya Matric Higher Secondary School. She went on to earn a bachelor’s degree in commerce from M.O.P. Vaishnav College for Women in Chennai. She worked in the music industry during her college years.

After a 10-year hiatus, Sivaangi Krishnakumar returned as a contestant in the Indian Tamil-language reality television singing competition Super Singer 7, which aired on Star Vijay in 2019.

She later appeared on Star Vijay in the comedy cooking show Cooku With Comali. She had received a great deal of recognition and appreciation as a result of this show. Following the second season of the show, she received the following awards: The Entertaining Star Female by Blacksheep Digital Awards and Most Popular Female in Reality Television by Behindwoods Gold Icons.

In 2021, Sivaangi performed “Asku Maaro” in Tamil with Dharan Kumar, in which she also made a cameo appearance. Soon after its massive success, it was remade in Telugu. Later that year, in May 2021, she performed “Talku Lessu Worku Moreu” with Sam Vishal for the Telugu film Murungakkai Chips. She later performed the song “Adipoli” with Vineeth Sreenivasan, which was released as an Onam special in 2021.  She also performed “Machi” with Simbu in the film Mayan.

On November 12, 2021, Media Masons released its third original No No No No, directed by Parthiv Mani and starring Sivaangi, Bala, Murugan, Krishnaveni, Mukunth, Ahana, and Hrithik. Karthick Devaraj composed the music, while Ravoofa wrote the lyrics. H. K. Sivaangi sang the song, and KJ Iyenar performed the rap portions.

Following her appearance in Cooku With Comali, Sivakarthikeyan cast her in his Tamil film, Don, marking her acting debut. However, the film did extremely well at the box office and gained a large fan base. In the film Kasethan Kadavulada, she plays a prominent role alongside Shiva and Priya Anand. She also appears in the film Naai Sekar Returns, alongside actor Vadivelu.

Sivaangi Krishnakumar has been basking in the fame and acclaim that came with season 2 of Cooku with Comali. She now has a massive Instagram fan base of over 4.4 million people. She is a good actor who has signed a few Tamil films, including Don and Kasethan Kadavulada, in addition to being a singer and comedienne.

On Instagram, the actor-singer documented her incredible weight loss journey. she wrote alongside two photos of herself from 2015 and 2022. Still trying to get in shape… But which one do you think is superior?