“The Jig” is a famous dance meme from the year 2005. It is a type of macro or reaction image which is used as a meme template. In this template, we see a man who is dressed in formal attire and he is dancing at an event in a very high enthusiastic manner. When it first appeared in the year 2005, it was used as demotivational posters and used for other jokes. But finally in the year of 2019, it started to spread and became a very popular reaction meme template in the end. If we talk about the image’s origin, then actually a user from the Live Journal edited this photo and sent it up for the submission of a photoshop contest.

IMPACT & SPREAD OF THIS Dance Meme

After this meme was posted on the Yaplakal forum in the October of 2005, it began to be used a demotivational posters and other jokes. People were posting demotivational edits on the Yaplakal forum. But this meme did not get very famous. This meme saw it’s significant use in the year 2019 on the reddit platform after a user posted it on the r/dankmemes subreddit and making it a reaction meme joke on the 18th of March. That meme got super famous and it got massive amount of likes, it gained 70 thousand points. After this incident, we began to see the usage of this template more and more often. Not only on reddit, but this template also spread to the tumblr platform and was getting many views 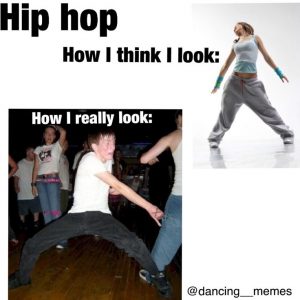 THE BEST OF THIS MEME ON THE WEB: Dance

WHY ARE MEMES POWERFUL?

All of us love to see and share memes. One might think of memes as a vast source of entertainment today. But they have become more than that, they are a part of our lives now. Anything happens in the world, you will see a meme on the internet and relate to it. Memes help us to understand any concept or information a lot easily, because every meme has a different kind of feeling attached to it. It is also normal for an individual, a group of people or the whole world to be hit by a wave of sadness due to certain events. But memes have always helped us to cope up with our stress and anxiety.