Sage green aesthetic are related to the sage green color. The sage green is formed with a combination of green, grey and white. The color has such a calming look and an earthly tone that somehow it is soothing to look at. Sage green has been around for decades and has recently took a drastic turn. It is a neutral shade but is quite different from other neutrals since it is someway a little brighter and joyous color.

The color is inspired from the sage leaves which are almost dry, thus it’s origin is organic and natural. In fact the color also depicts the earthly nature of all beings on the planet, as I like to see it- the sage green comes up when the leaves are almost dried which means they are near to the end which relating to a human life is also true how one lives a fulfilling life and also be’s so beautiful just before the end. The idea behind sage green is very warming and whimsical.

The sage green has been so widely used in making of bedsheets, blankets and comforters. The color has so many different characteristics that it could be used for so many different purposes, the quality which pushes it to be perfect for being ideal for bedsheets and blankets is how cozy and welcoming it is. The sage green blankets look extremely elegant and trendy and on the other hand they also are so comforting to anyone’s naked eye. The complete concept of making sage green blankets is making it look and feel like a warm and cozy hug.

Sage green was everyone’s perfect color while choosing an outfit. The industries only launched there collection in sage green, whether they made clothing for men, women or children sage green was the color to go with. The color was used to make dresses, shirts, tops, pants etc. there were endless options with the color and every piece of clothing looked remarkable. Also, the compatibility of sage green which many different colors like white, black, brown, golden, blue, terracotta, grey, etc is amongst the many reasons why sage green is so popular. Sage green satin slip dresses need a special mention because those were the most demanded of them all and why not though, because those looked magnificent in themselves! 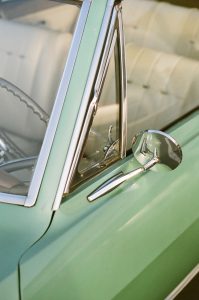 The world of pottery

The introduction and trendiness of sage green was a milestone in the world of pottery, earlier the pots and artifacts those were painted white or beige in color were now highly demanded in sage green. All the potters began making sage green pottery. There is no doubt how beautiful a sage green pot in front of a white wall would look. The calmness of the color and it’s extra- ordinary beauty was exploited at there maximums. Not just pots were limited to be acquired by sage green, people also wanted sage green candles, frames, show pieces, curtains and such home décor items for themselves.